Part 1 – Law and Economics Programs: Conceived in Opposition to Civil Rights and Dedicated to the Proposition that Majorities Should Not Rule

Have you had the chance to read Jane Mayer’s book Dark Money,[1] or Nancy MacLean’s book Democracy in Chains?[2] If you’ve not read either of them, there’s a good chance that you have at least heard of them. Reviews of Mayer’s book, published last year, have appeared, for example, in the New York Times (here and here), New York Review of Books, Financial Times, and Guardian. And reviews of MacLean’s book, published this year, have appeared also in the New York Times as well as The Atlantic, Boston Review, Slate and Forbes.

Mayer devotes a few pages of her book to the development of Law and Economics programs at prestigious US law schools such as Harvard, Yale, Columbia, Cornell and Georgetown.[3]  Mayer explains that law and economics was initially seen as a “fringe theory embraced largely by libertarian mavericks.”[4] That was until the Olin Foundation took an interest in the discipline and spent $68 million to support its growth. In doing so, Mayer recounts, the Foundation acted like an “academic Johnny Appleseed,” underwriting 83% of the costs for all law and economics programs at US law schools between 1985 and 1989.[5] (Read more about Law and Economics programs here). 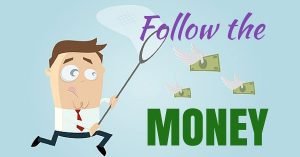 To tell the story of law and economics programs and the crucial role of the Olin Foundation in their development at law schools around the country, Mayer relies heavily upon a 2006 book by John J. Miller entitled A Gift of Freedom: How the John M. Olin Foundation Changed America.[6] If you have any interest at all in law and economics programs in US law schools and especially in how they came into being, this book is well worth reading.

Here is something that stands out from the book:

The 1969 takeover of Willard Straight Hall at John Olin’s alma mater, Cornell University, galvanized Olin to “take his philanthropy in a bold, new direction.”[7] In case you’re not familiar with this event, it began with the nighttime discovery of a burning cross outside housing for black women students. The next morning, members of the Afro-American Society occupied the student union building, Willard Straight Hall, to protest perceived racism, the university’s judicial system and slow progress in establishing a black studies program. After tense negations with university administrators and a standoff with police, the armed protestors were allowed to exit the building carrying their weapons, and they received no punishment. Within a short period of time after the takeover, the governing bodies of the university had been restructured, a new campus judicial system had been instituted and the Africana Studies and Research Center had been established. In sum, the protestors got what they asked for.

Miller refers to the takeover and its aftermath as a “catastrophe,”[8] and a “disaster,”[9] and explains that it affected Olin deeply and “accelerated his disillusionment with higher education.”[10] Miller explains that in Olin’s opinion, the “real sources of our difficulties” with “radical students” is the fact that education was offered at too low a price.[11] Further, minority students should be admitted to elite institutions such as Cornell only if they are qualified in the same manner as other students and able to finance their education themselves, whether directly or indirectly.[12] 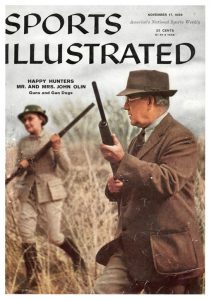 It was on this basis that Olin decided that rather than giving the bulk of his money to hospitals and museums, instead he would “channel his resources” primarily towards “scholars and activists who understood the principals of market capitalism and were capable of influencing opinion and debate.”[13] Miller quotes Olin:

My greatest ambition now is to see free enterprise re-established in this country. Business and the public must be awakened into the creeping stranglehold that socialism has gained here since World War II.[14]

At first, Olin wasn’t sure just how to go about achieving this objective. He knew that he didn’t want to send large checks to alumni funds or endowment drives, because it would be used to “subsidize” many of the “harmful trends” taking place on campus. Instead, “the foundation would target its giving in ways that circumvented and confounded campus radicalism.”[15]

After making a number of small donations of about $10,000 each to organizations such as the Heritage Foundation, the Center for the Study of Public Choice, and the National Right to Work Legal Defense Foundation,[16] the Olin Foundation seemed to finally find its calling when Frank O’Connell, then serving as executive director of the Foundation, drove to the University of Rochester to meet with Henry Manne.[17]

The next post will talk more about Manne and his indispensable role in the law and economics movement.

Law and Economics Programs at US Law Schools: Conceived in Opposition to Civil Rights and Dedicated to the Proposition that Majorities Should Not Rule: Part 2, Part 3 and Part 4

[1] Jane Mayer, Dark Money: The Hidden History of the Billionaires Behind the Rise of the Radical Right (New York: Doubleday, 2016).